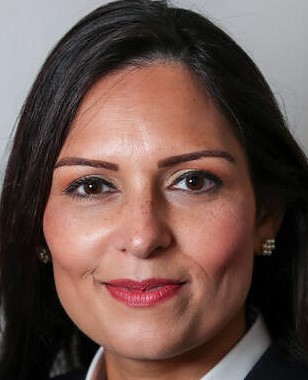 HERE is a bullying song from Johnny Dysfunctional sung from the perspective of a victim.

Home Secretary Priti Patel has avoided the sack or being transferred from her post (so far) though an investigation has ruled that she DID bully Civil Service staff.

Her accuser Sir Phillip Rutnam says she created fear among staff at THREE government departments where she worked. She swore and belittled them, it was said.

After the case against her was proved, Priti issued a gushing TV apology to those she bullied stating it was “unintentional.’

As an organisation the Civil Service is known for its stick in the mud inflexibility and those at the top are career feather nested earning exorbitant salaries. Why would they welcome politicians who try and drive through much-needed change? Never was the Civil Service’s obstructiveness shown to greater effect as in the TV comedy‘Yes Minister.’

So it’s Priti versus the mandarins of the Civil Service. Whose side would you be on in this contest? Not much to choose between ‘em is there?.

However so disgusted that Priti stayed in post despite the damning evidence was the chairman of the investigating committee. He nobly resigned when the Prime Minister, who had the final say, backed her.

If Priti’s only get-out clause was that her behaviour was ‘unintentional,’ surely that in itself sets off alarm bells. Perhaps a psychological assessment of her people skills ought to be demanded– after all she fills an important lead role in Government. Surely no room for more unintentional acts In the Home Office.

Instead Prime Minister Boris Johnson has legally said Priti is fit for purpose. Does he understand and condone her because she behaves like him? Answers on a postcard.

It is evident that in his PM post Boris is showing himself to be a whizz at being swayed by those at his side. The track record of some of his chosen ones leaves much to be desired. Is Boris the best judge of character in the Priti issue? In Boris and Priti we must trust. Is there much to choose between ‘em Boris and Priti? More answers please on a postcard.