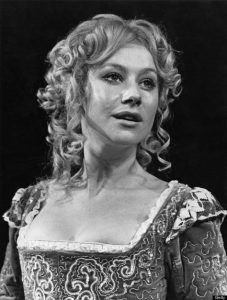 What would Shakespeare say about the current use of his work if he came back today? Johnny lists the Bard’s grumbles in the song.

Although she has played some of Shakespeare’s characters and joined the Royal Shakespeare company at the age of 20, she now says the Bard should only be watched at the theatre and not taught in schools.

She says that taught in schools the archaic language is likely to put the young off Shakespeare not encourage them.

Johnny says that if Shakespeare came back today he’d not be a ‘tool of the establishment’, but instead a rock, rap, or pop star.’